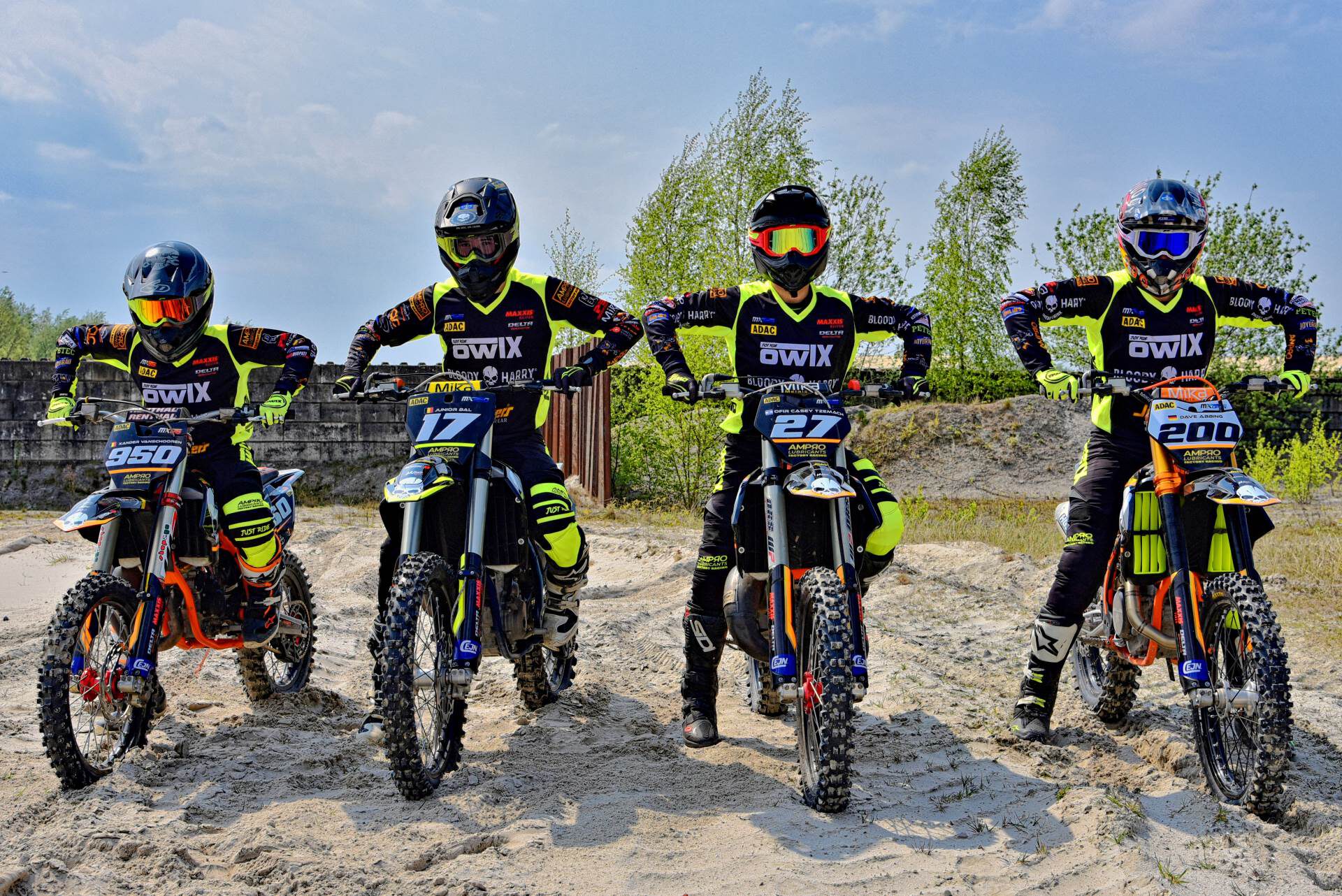 For the second round of the ADAC MX Masters the Bloody Harry Energy RGS MX Team travelled to Möggers, Austria.
Hot temperatures over 30 degrees were a real challenge to the riders during the ADAC MX Masters guest round in Möggers in front of enthusiastic fans.

Team Coordinator Matthias Kamme:
“Unfortunately the weekend was not very successful for everyone. Junior Bal #17 and Dave Abbing #200 didn’t manage to qualify on saturday. Junior has still some problems with his previous injuries and we are hoping he will be able to perform at 100% any time soon again. Dave got ill during the weekend so they both couldn’t perform as good as we know the are capable off. In the last chance race Dave had a really bad start and was last because of his illness. He was able to pass many riders but then he crashed while passing an other rider and he had to give up because his front brake broke.”

“Although my KTM 450 SX-F was perfect this weekend, I was struggling a lot with the slippery conditions in time practice and couldn´t get a solid lap. In the last chance qualifying I had a bad start, but the feeling on the track was a little bit better and I found a good rhythm until I crashed. So unfortunately I didn´t qualify for the races this weekend. The positive about the weekend is to gain more experience on hardpack motocross tracks. To prepare myself I did train on hardpack tracks as much as possible, because I am a 100 percent sandrider and the last time on a hard track was some time ago. I am looking forward to the next ADAC race next weekend in Bielstein 2.7 – 3.7 together with the Bloody Harry Energy RGS MX Team.“

“My Husqvarna FC 250 was really good and had an big upgrade on the suspension. I had a bad weekend with no good speed. The track in Möggers, Austria was really nice and natural. I didn´t have the good speed at this track at the moment and we are realy work hard to improve my speed. The positive about the weekend is I know again where I need to work on harder to progress. Because of the school exams it was  hard to train the last two weeks. Next ADAC race is next weekend and I am training hard to find the good speed again.”

“This was my first ADAC race ever. I was impressed with the track, I did never ride on such a track before. I wasn´t sure what to expect from the ADAC and the cooperation with Bloody Harry Energy RGS MX Team, but that turned out really well. To prepare for the ADAC race I have a 7 days a week training schedule which looks like: physical training on monday and tuesday, cycling on thursday and  motor training on wednesday and during the weekend. The last weeks before the first ADAC we did do extra training on hardpack tracks. In February we also went to Spain for extra hardpack training. During the weekend I started to feel more comfortable on the track. My starts did go pretty well, but overall I have to work on increasing my speed. Concerning we have only little experience at this level of racing we did really well as a team by finishing al three races. The technical inspection went smoothly and the bike was fine all weekend as well as the rest of my gear. We worked as a team this weekend and supported each other. I had both time to socialise with the team but also have the time and space to prepare myself calmly for the races. During the weekend we had a mechanic Kai to help us when things needed to be done quickly. There was also a physical trainer for us to relieve the stress and to prepare even better. There was a even a photographer to take pictures of the team. There was no pressure during the races from the team. That was a nice experience because you are already have the pressure yourself to perform well. I have learned to train more often in France on hardpack motocross tracks to improve my speed and confidence on this kind of tracks. We are looking forward to continue improving the process. My next race is the Dutch Championship 85 10.7 in Hummelo and I also hope to ride more ADAC races this year because I learn a lot during these races.”

Next race for the ADAC MX Masters championship will be in the weekend of 2.7. – 3.7. in Bielstein.